A brief intermission while I was doing other stuff…

Normal service will be resumed…here’s the latest card 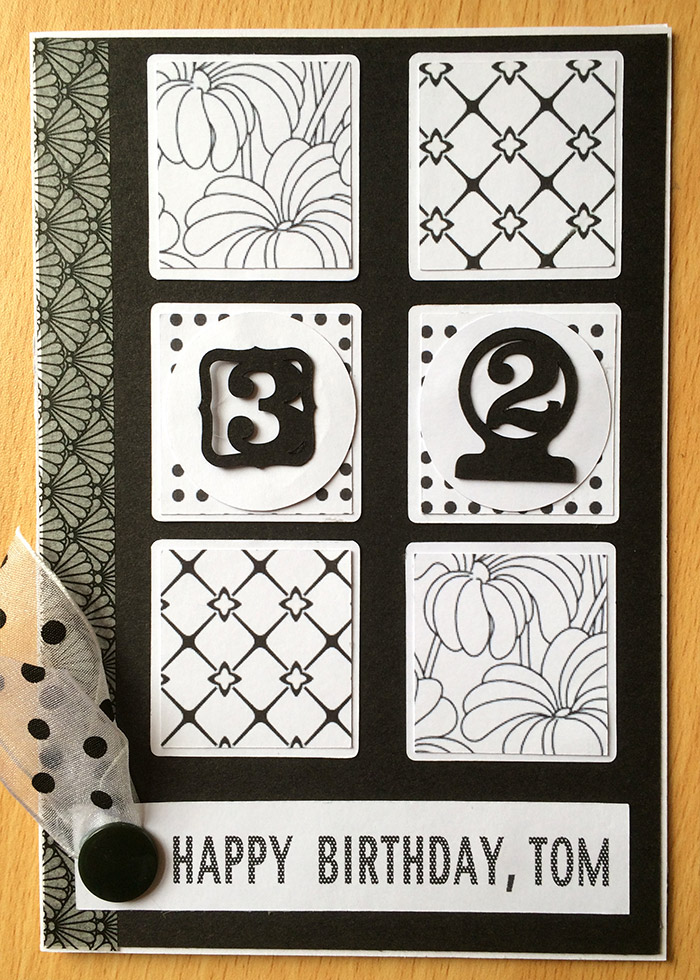 to make craft projects for your loved ones!

I made the chalkboard from a photo frame. I removed the glass and painted the backboard with a couple of coats of blackboard paint.  The lettering was adapted from a file on the Silhouette store by s.e.i  and cut from vinyl.  I hot glued a button to the side of the frame after attaching twine and chalk. 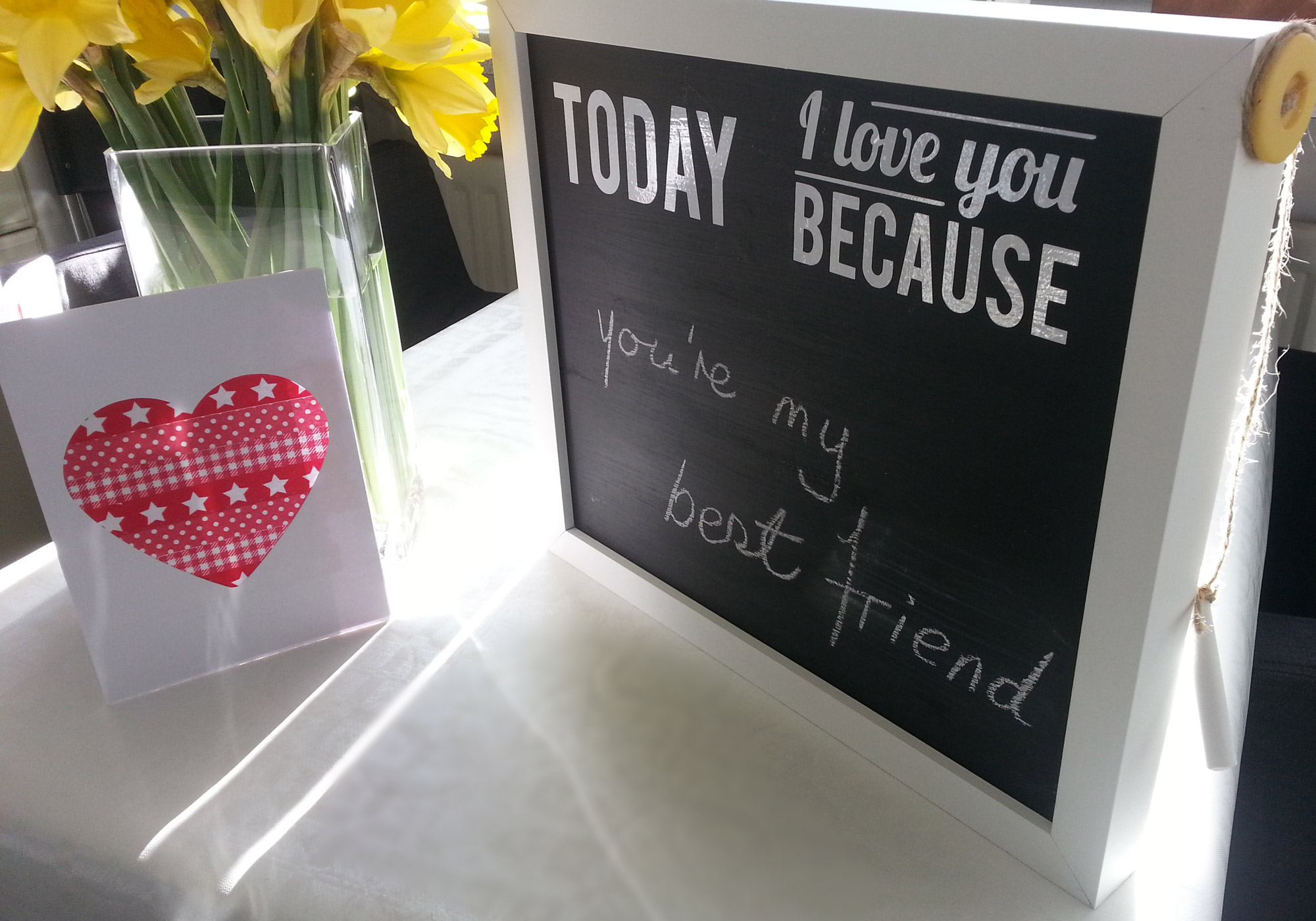 This is my first foray into the creative world of the Silhouette Challenge.   This month’s theme was fabric and you’ll find links to 43 inspirational projects below mine.   Go visit them all! 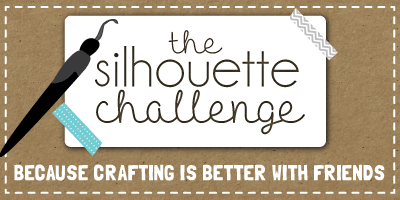 It’s always a bit scary photographing a sewing project and seeing all the imperfections close up, but although this is no work of breathtaking skill it was made with love.  This was for my granddaughter’s first birthday. At Christmas I made her a card with her favourite dog and a photo of her underneath the flap.  Peep-po is such a cool game for a nearly one year old!   For her birthday I wanted to try a similar theme but something a little more robust so I came up with this tiny play quilt.

I cut the letters with the Silhouette Cameo using plain old iron-on interface to back the fabric with varying degrees of success, but after several attempts managed to get what I needed.  The cartoon dog image was printed and cut from iron-on t shirt transfer paper.  I then used the same outline (flipped) to cut the shape out of iron-on interfacing.  I lined up the printed image and the interfacing face and ironed them both onto the dark brown faux suede, so the image was transferred straight to the interfacing.  I know this is not the conventional way to transfer (I didn’t have any white fabric that was suitable to hand!) but I gave this a try and it seems to work.

For the square in the centre, underneath the padded dog,  I used the same technique to add a photo of the birthday girl.

I sewed the squares together, added batting and backing, quilted using stitch-in-the-ditch and bound the edges.  I attached the centre pull-up square with velcro so it would pull off easily rather than rip! 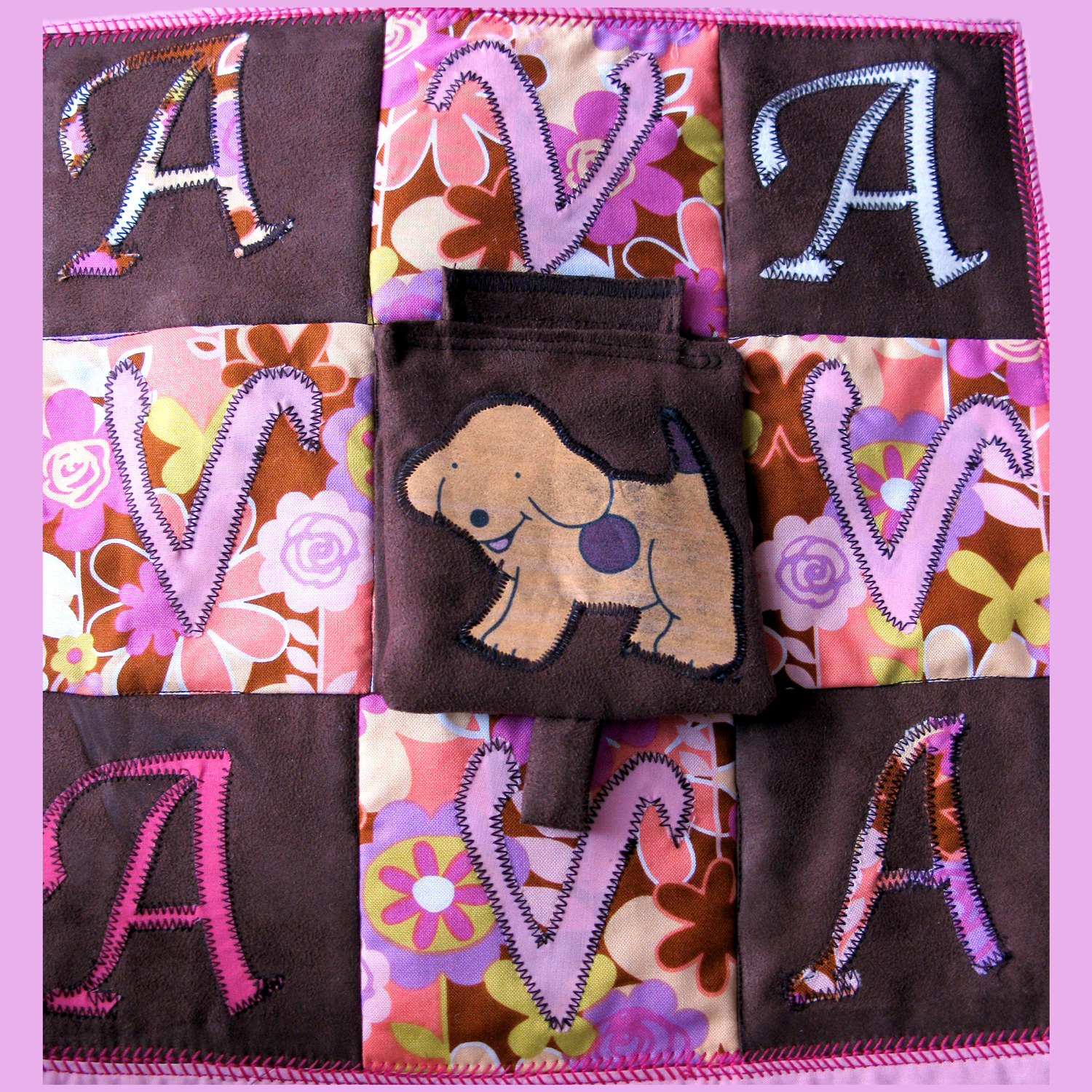 My Silhouette Challenge buddies and I are all sharing projects on our blogs today, so peruse the projects below for a wealth of Silhouette inspiration!

I love this clever paper village from Asbee Design.  I made a slew of them and they looked cute at Christmas on the black mantelpiece lit with LED tea lights.  I didn’t put them away with the rest of the decorations.  Paper villages are not just for Christmas!

Edit: I hadn’t seen the tutorial before I made mine so didn’t use wax paper over the windows which makes a lot of sense.  Next time! 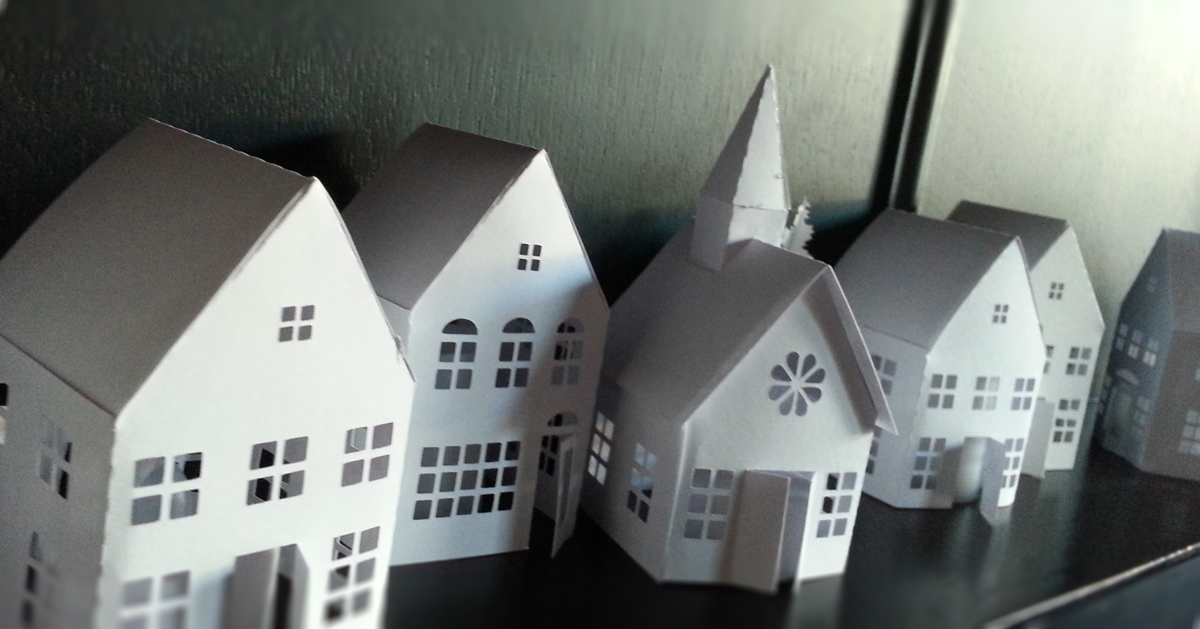 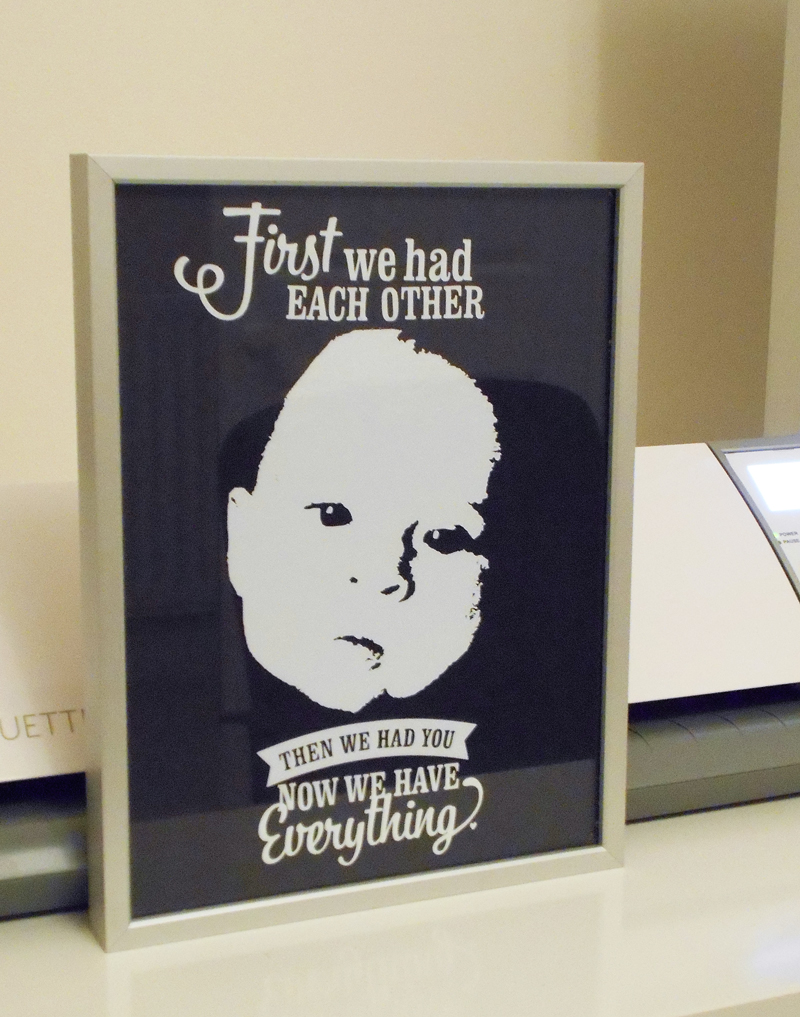 This was my first attempt at using vinyl with my Silhouette Cameo.  I wanted to make something a little different for my stepson and daughter-in-law’s anniversary, the first with a new baby.

The typography ‘first we had each other’ had caught my eye on the Silhouette online store (designed by Lori Whitlock).  After much trial and error I found a suitable photo of my gorgeous granddaughter that would look good as just a white image.

In Photoshop I converted the image to black and white.  I then made an adjustment layer using the threshold setting and used the slider until the photo was recognisable and not too broken up at the edges.  I cut it out thinking that this would just be a test and further tweaking would be needed but to my surprise when I tried it on black card it looked great.

This effect should also be possible to achieve using the online photo editing site http://pixlr.com/editor/.  Upload a photo, convert to black and white and in the Adjustment menu choose Threshold and play around with the levels.