An art journal from manilla folders

An art journal from manilla folders

I made this art journal/planner using a tutorial from the lovely Minerva Levinston, which in turn is based on the art journal from recycled greetings cards which I blogged about here.

Minerva’s post is very comprehensive so I won’t repeat it here but there were a few differences with my version.  First off – measurements.   Here in the UK we can’t easily get hold of ‘legal’ sized manilla folders, but foolscap works just as well.  If you follow Minerva’s instructions just reduce the ‘flap’ measurement to 3.5 inches instead of 4 inches.  (Luckily I’m so ancient I still work in feet and inches so American/Imperial measurements work fine for me). 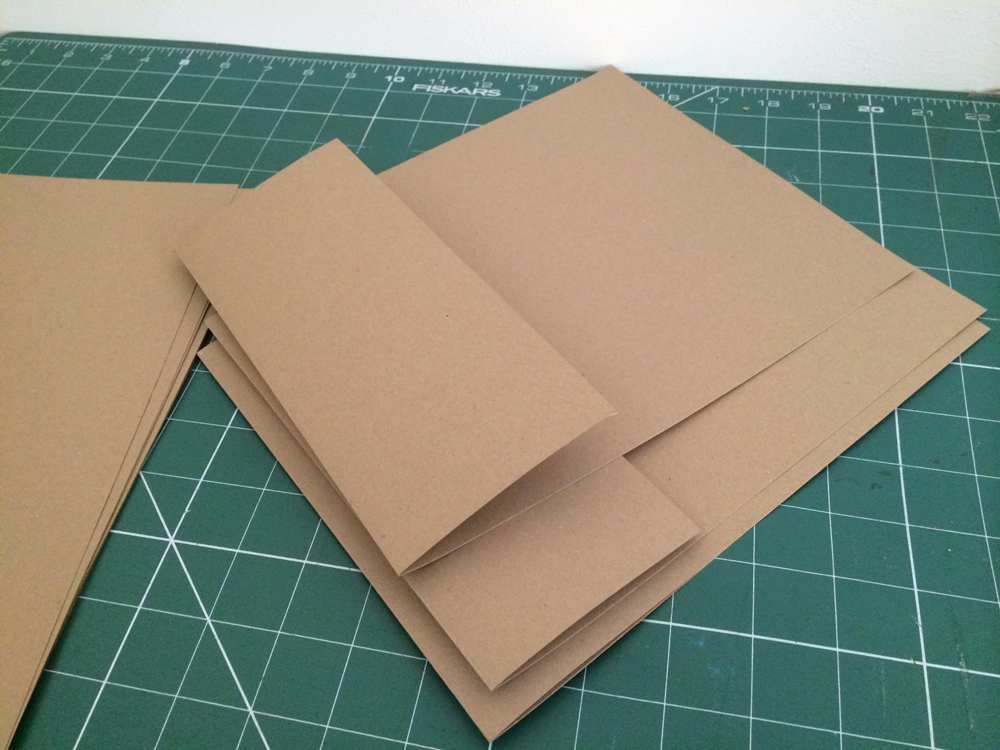 I had to settle for buff coloured folders, I couldn’t find the nice cream ones that Minerva uses anywhere but as I guess they’ll get covered with collage and paint I wasn’t too worried…

I messed up a bit with the covers.  I’m always a little confused over ‘chipboard’ – in the UK chipboard is a type of reconstituted wood.  I realise it’s cardboard in the USA but I’m never sure what kind of weight.  I used a couple of cereal boxes and they were too flimsy.  I added another sheet of cardboard, glued and taped them together.  I used waste cardboard for the spine and covered it with washi tape to pretty it up.   Then I reinforced the front of the covers with fibre glass tape (aka knows as drywall tape or plasterboard joint tape) 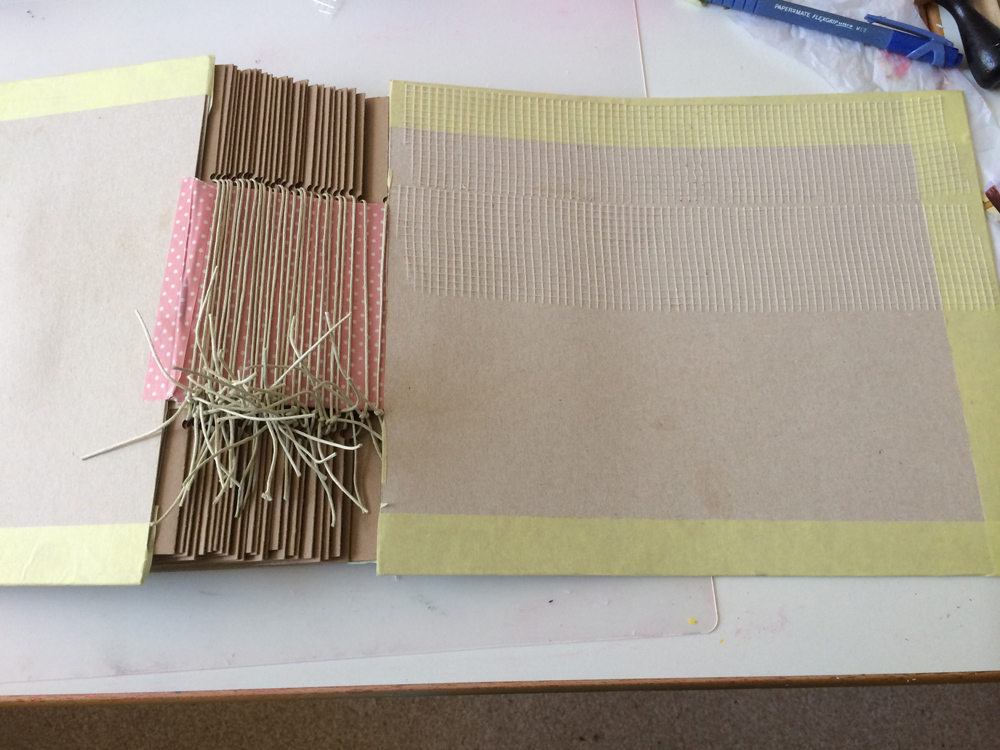 Gesso’d over the tape. 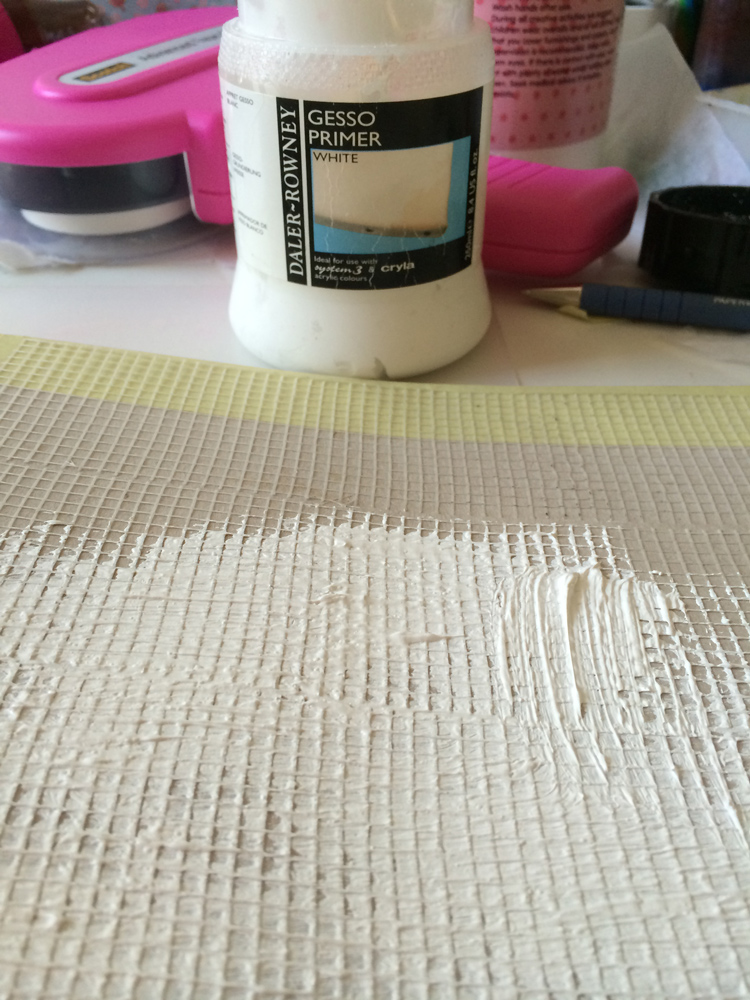 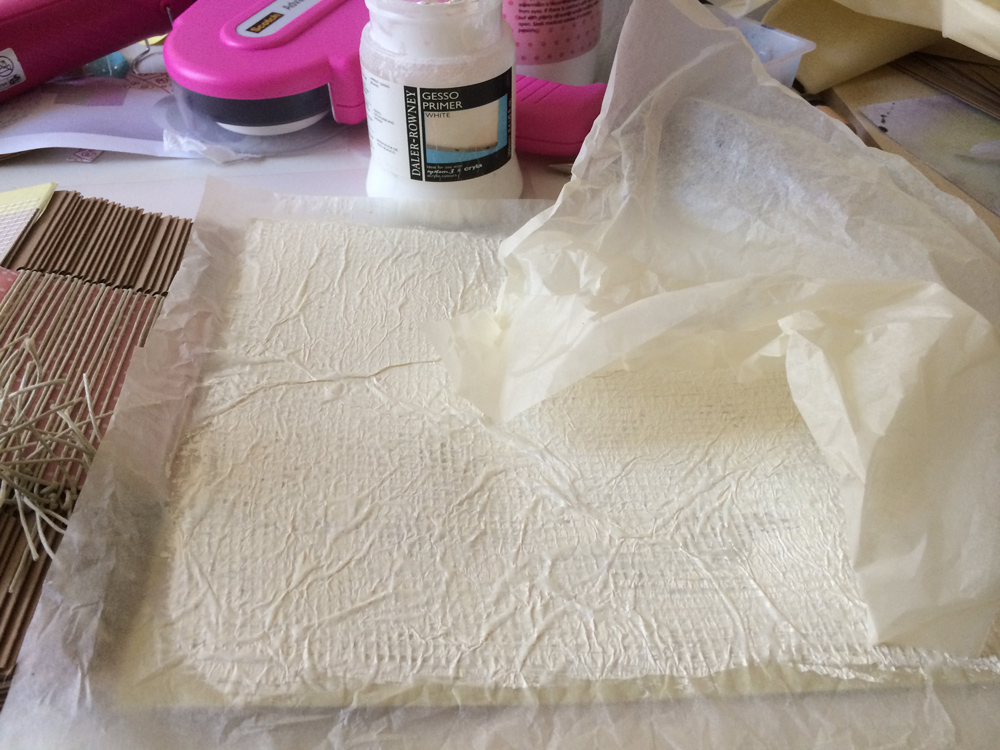 I cut some cardboard hearts and glued two or three together to give some depth, glued them to the front cover, covered with another layer of crinkled tissue paper, plain and patterned and sprayed with inks. 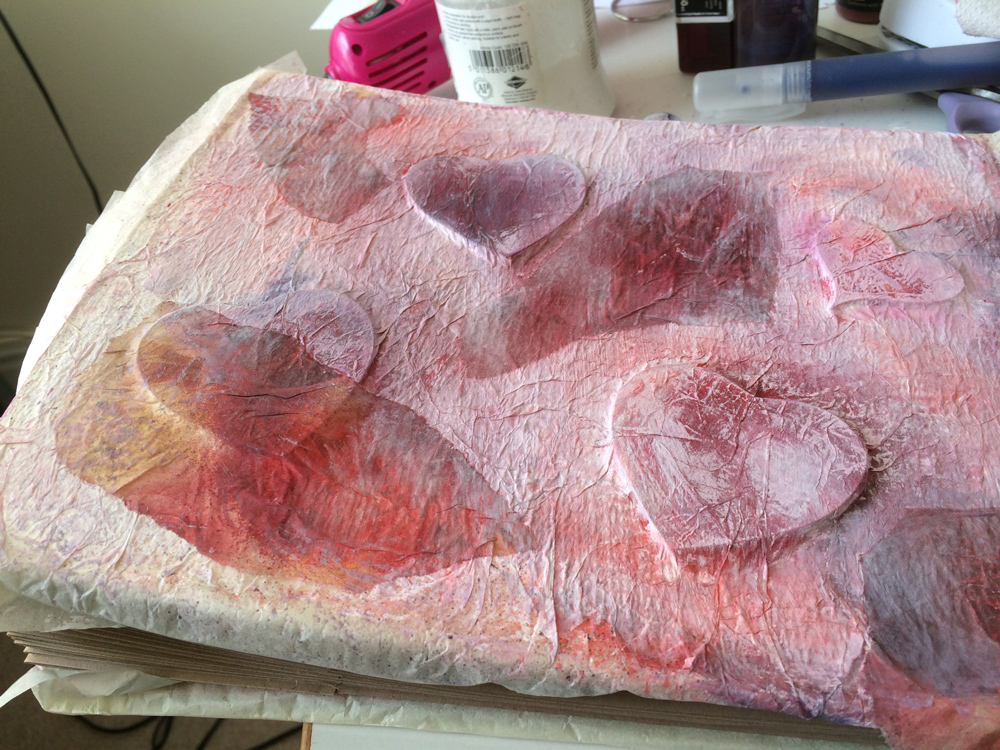 I finished it off with a layer of acrylic gel medium and some gold rub n’buff.  Mine’s not as beautiful and neat as Minerva’s but I like it. 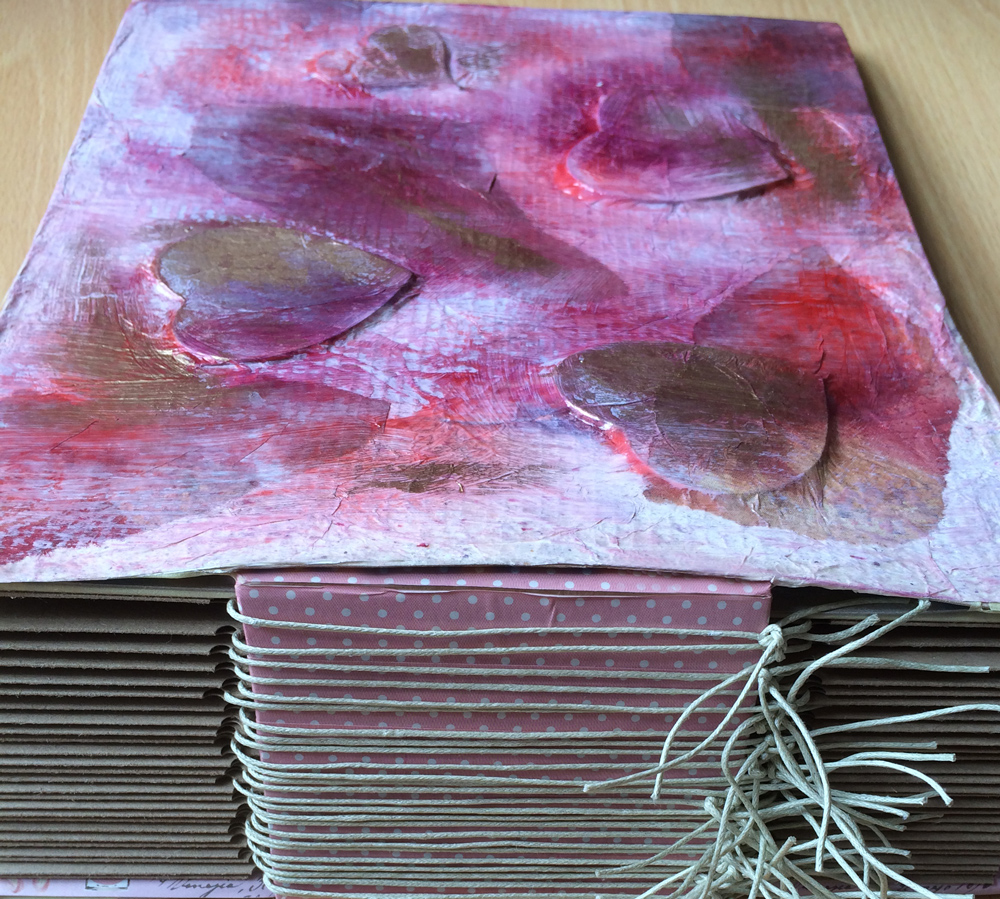 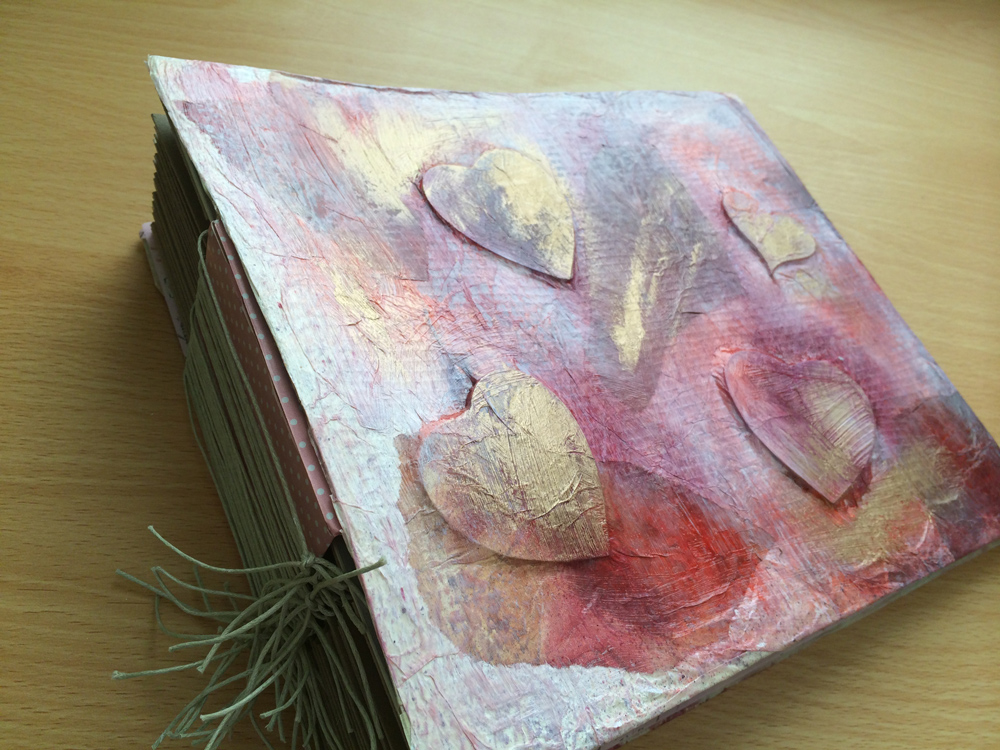